Computer Science – Your Child’s Ticket to an Exciting and Secure Future.

There’s an app for everything.

There’s even an app called Nothing, which turns your device’s screen black, with the word Nothing in bright text. That’s all it does.

Of course there are useful apps too. Some are universal – the social media apps we check hundreds of times daily, payment or banking apps and email apps. Others are more niche – for things like cooking or ordering food, for fitness, for music.

Somewhere along the line, a person who studied computer science had a hand in bringing these apps to life. They go by a lot of different titles:

But, they all come from the same place – a program like Lakehead-Georgian’s Honours Bachelor of Science (Computer Science) Degree with Computer Programming Diploma. 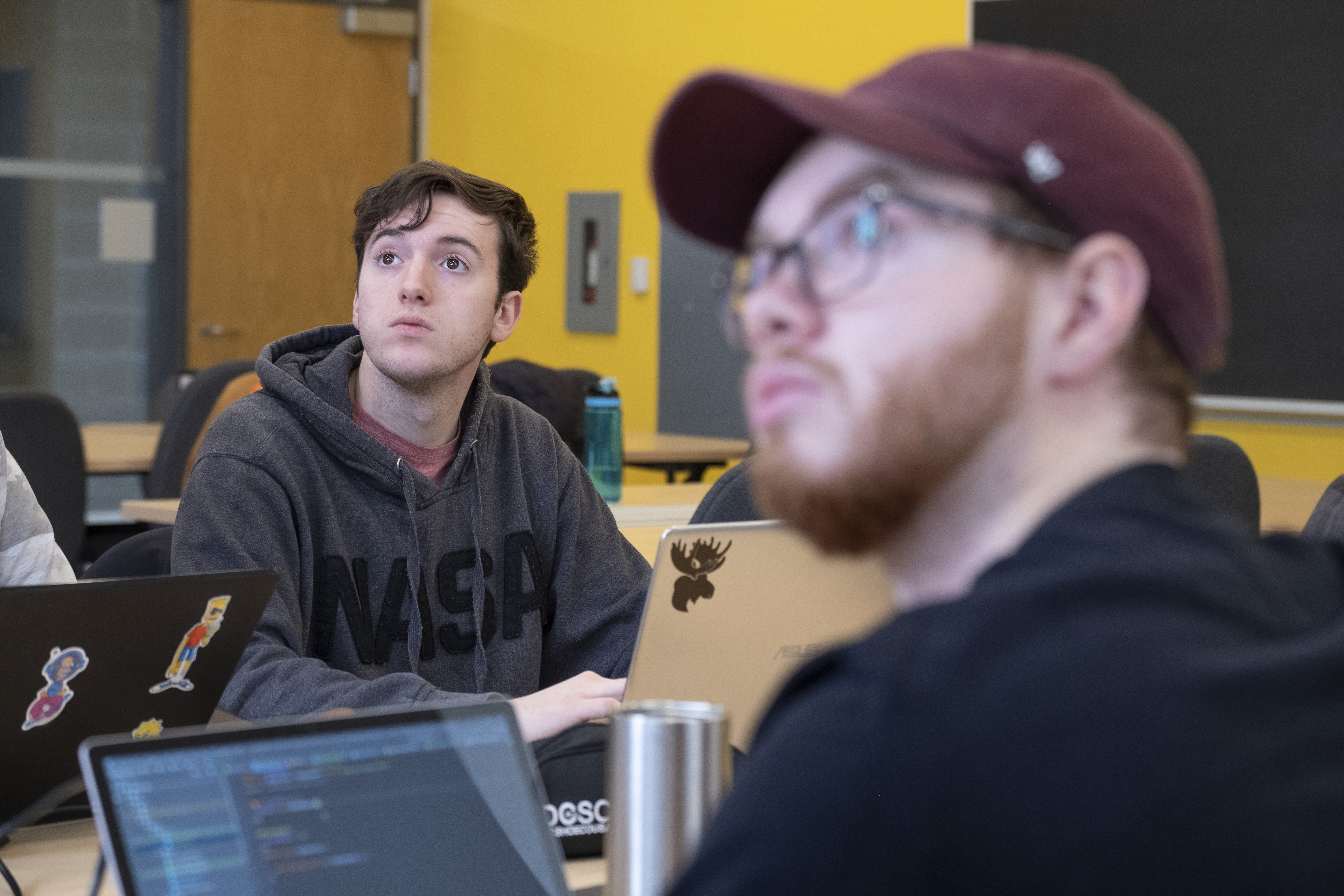 It’s not all about app development

According to the Government of Canada, the career outlook for computer scientists is excellent.

Few workers currently in the field will retire in the immediate future, yet job prospects remain above average because of the accelerated pace of emerging technologies.

When your child graduates from Lakehead-Georgian, they might find themselves working for a large vehicle manufacturer or software developer in the transportation field, developing new features in connected cars and to advance self-driving car projects. They might find employment in the financial services sector, as banks and FinTech start-up companies discover new ways to leverage the digital marketplace.

In Toronto, a research institute was recently established to develop AI-related expertise specific to deep learning and machine learning, a long-term project that will support good paying jobs over the long term.

What is a good paying job in computer science?

Salaries can vary, of course, but the average income for a software engineer in Canada is around $90,000. This is about $5,000 higher than the median annual family income in Canada, according to Statistics Canada. On the high end, some software engineers in Ontario make around $150,000. Even at the entry-level, it’s not uncommon for a new graduate to earn $60,000 or more.

Graduates from the Honours Bachelor of Science (Computer Science) Degree with Computer Programming Diploma at Lakehead-Georgian have a distinct advantage over other graduates. In the four years it would take them to earn a university degree at another institution, they get a university degree and advanced computer programming diploma, with experience in multiple programming environments and emerging technologies.

So whether your child is into mobile apps or making money, or just curious about technology and how to work with it, computer science is a wide-open field with loads of opportunity.

You can learn about application deadlines online today.